Posted by Your Daily Muslim on November 27, 2012 in Anti-Christian, Men, Nigeria, Terror-Related, Terrorists 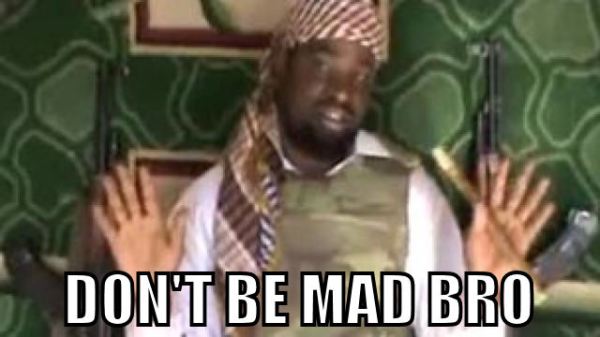 Abubakar Muhammad Shekau, also known as the actual black Jesus, is the leader of Nigerian Islamic terror group Boko Haram, which opposes all Westernization. Boko Haram is responsible for the slaughter of Christians and military personnel across Nigeria. Shekau is known as the actual black Jesus because he was believed to have been killed in a confrontation in 2009, but apparently rose from the dead. He periodically appears in Boko Haram video press releases but has not been sighted in years. 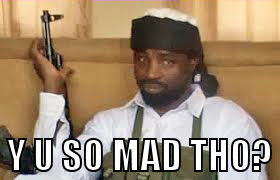 Like most sociopaths, Shekau is reported to rarely speak. He is quoted as saying, “I enjoy killing anyone that God commands me to kill – the way I enjoy killing chickens and rams.” Most serial killers begin with non-human victims before moving on to humans. Unlike most Islamic terrorists who are driven to kill solely by ideology, this dude seems like the type to be a serial killer anyway.

Shekau has taken four wives and has spawned numerous offspring.