Posted by Your Daily Muslim on December 12, 2012 in Honor Killing, India, Men, Violence Against Women 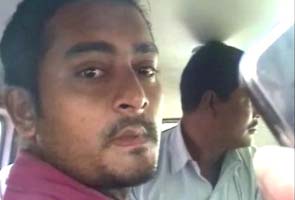 Mehtab Alam is a Muslim from Kolkata, India. His friends describe him as “pious.” We all know what that means when the subject is a Muslim…

Alam’s sister Nilofar Bibi entered into a traditional Islamic marriage at age 14, and the couple spawned two offspring. Bibi claimed to have been assaulted and harassed by her brother-in-law (also a Muslim) and started searching for a new husband. After finding a more suitable partner, Bibi began having an affair that quickly became more serious.

Alam found out about his sister’s affair. He confronted Bibi… with a sword. “Off with her head” sums up what happened next. After the attack, the psychotic Alam blissfully walked into the police station. Like a dog presenting a trophy kill to its owner, Alam placed Bibi’s severed head on a table in the station. He was arrested on the spot for being a psychopath who bases his actions on a 1400-year-old work of fiction. When asked his motive, Alam calmly said “because [Bibi] dishonored the family” and because she had “sinned and had to be punished.”

Alam’s family never denounced his actions. Instead, they tried to give justification for why he did what he did, to defend their barbaric “honor.”