Posted by Your Daily Muslim on February 18, 2013 in Honor Killing, Messed-Up Marriages, Muslim of the Month, Turkey, Violence Against Women, Women 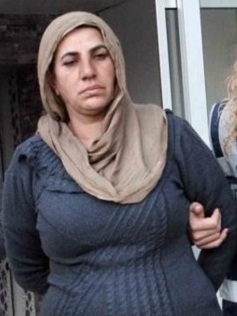 Meryem Dursun is often confused for a pear.

Arranged marriages are rather commonplace in Islamic communities. Often, families work out agreements for their children to marry one another, and before you know it, the parents are grandparents. However, not all arranged marriages are agreeable to all parties involved (see Shamim Akhtar.) The story of Turkish Muslim Meryem Dursun is one such tragic example.

Dursun’s daughter Güler had continually rejected the idea of an arranged marriage, which caused her great displeasure. Hoping to arrange a marriage for her daughter to (presumably) some sort of relative, Dursun searched for a groom. During that time, however, Güler had other plans. She had begun seeing a local man who could please her in all the ways the ugly suitors Dursun found couldn’t. The suitors Dursun found were the only ones willing to have sex with *her*, so there were far fewer than would go for her not-so-haggard daughter. Dursun found out about Güler’s relationship. Being a jealous, controlling bitch, she immediately kicked her daughter out of the house. What a loving mother.

Dursun was taken into custody. She claimed she had no regrets about killing her own daughter, and that the murders were to avenge the family’s disgraced honor. Basically, she’s saying that killing people is honorable whereas marrying for love isn’t. Any kind of culture with such ideals is barbaric and has no place in the civilized world.