Posted by Your Daily Muslim on March 3, 2013 in Activists, Anti-LGBT, Men, United Kingdom 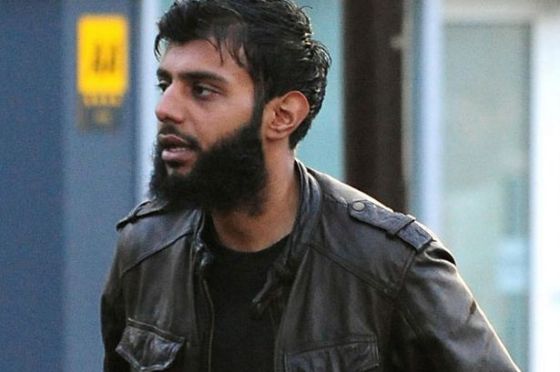 Razwan Javed, soaked after a visit to the local bathhouse

Razwan Javed was just being a good Muslim. He didn’t think what he was doing was an incitement to violence. He thought it was glorifying Allah and spreading the message of Islam, the religion of peace. Now, he’s been convicted of spreading hatred and calling for violence. For what? Handing out a few pieces of paper?

…a few pieces of paper that called for gays and lesbians to be hanged or burned alive, with an image of a figure being hanged. Hanging is one of the Islamic sharia punishments for homosexuality.

Javed and four other Muslims, including one with the hilarious name of Mehboob Hussain, were arrested for distributing the pamphlets around London explaining how miserable and self-loathing of closet cases they were. Their operation was thwarted before it had reached its climax; when the Muslims’ homes were searched after their arrests, fliers calling homosexuality a “vile, ugly, cancerous disease” were found. The fliers also compared gays to pedophiles… hey, Muslims, I seem to recall it was the prophet Muhammad who married a six-year-old and had sex with her when she was nine.

The Muslims responsible for the pamphlets had also placed them in residents’ mailboxes. Local gays were irritated, but ultimately recognized they were far more attractive than the unkempt Muslims and mocked their hideous appearance from afar.

Upon his arrest, Javed claimed the fliers, which contained phrases like “stay gay and you will pay,” were not intended to be threatening but rather to share the Islamic perspective on homosexuality. Threats and the Islamic view of homosexuals tend to go hand in hand.

The five perpetrators were convicted and are now probably “enjoying the company” of their cellmates.