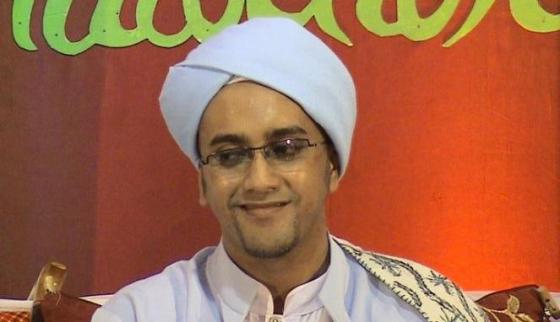 He has the pedo rape face, now all he needs is the creeper ‘stache

Catholics now have some competition over groups of unsuspecting little boys. Indonesian cleric Hasan bin Jafar Assegaf’s molestation spree rivals that of any bishop or cardinal. In 2011, twelve young boys stepped forward to accuse Ass-egaf of molesting them. Whether or not he is guilty should be obvious (see above picture.) All Ass-egaf was doing was trying to be like a gay version of the prophet Muhammad (pigs be upon him), who had sex with a 9-year-old girl. Now, he’s claiming that the charges against him are acts of defamation.

“And round about them will (serve) boys of everlasting youth. If you see them, you would think them scattered pearls.” Qur. 76:19

Ass-egaf had created an Islamic youth study group to study the Qur’an… and little boys’ genitals. Pedophiles often seek out positions that give them easy access to children, positions in which a parent would trust them with the care of their child. Most of the students who followed Ass-egaf were loyal and stated that they couldn’t believe he would touch little boys. They were most likely his older students. Police are handling this case sensitively because of the suspect’s prominence in the Islamic community. If he gets let off, I hope one of his victims is able to get their own justice.

One comment on “Your Daily Muslim: Hasan bin Jafar Assegaf”