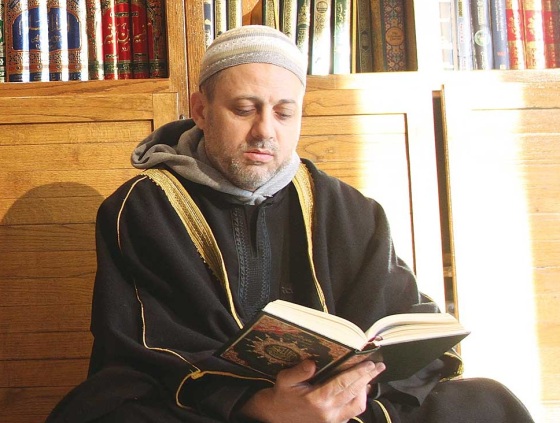 You can’t see his other hand… he’s probably touching himself.

Wassim Fayed is the imam of the mosque in Sammamish, Washington. A short man who likely has a Napoleon complex, Fayed’s mission is dawah, or proselytizing Islam to the kuffar (infidels.) You know how he instructs his followers to perform their dawah? Lie about Islam.

Lying about Islam’s nature seems like the only possible way to convince anyone to convert to it; any human with half a brain and any knowledge of the events of this century should know that Islam and peace are antithetical. “If you can’t say the truth because it’s gonna incriminate you or because it’s gonna put you in a bad spot, better not to say anything.” This is the Islamic doctrine of kitman in practice, conveniently overlooking truths that could impede dawah.

The words “that could incriminate you” are of particular concern. What, like a Muslim’s gonna go talk about his jihad to someone he’s trying to convert? The fact that Fayed even mentions this possibly signifies that he is aware of illicit (jihadi) activities going on among his congregation.

Now here’s the really effed up part: Fayed admits that Islam authorizes wife-beating and admits the horribly sexist nature of the religion. “Are men and women equal in Islam? No, they are not equal in Islam… the one who is in charge of the house is the man.” He continued, “If your woman wants to remove her hijab, wants to walk on the street, wants to do whatever she wants, she’s actually destroying the family structure.” He instructs his congregation that if a man’s wife insists on living her own life and disobeying him, he is authorized to hit her.

When discussing a woman’s perspective on gender differences in Islam, he claims that women view men as being “lucky” because they can be “martyrs” who “do jihad” and “get killed” for Allah. He also claims that Muslim women, by giving birth, are rewarded by Allah for waging the form of jihad that Allah has commanded of them. Basically, Fayed is saying that women must listen to the man and do as he commands, and also obey Allah – more or less, he’s saying that women don’t have even the most basic of freedoms. Fayed espouses these beliefs because of deep-seated insecurity; he wants a submissive woman because he knows he doesn’t have enough to offer a woman who isn’t oppressed. However, the area’s media chooses to act oblivious to the true nature of what Fayed teaches.