Posted by Your Daily Muslim on April 26, 2013 in Anti-Semitism, Clerics, Egypt, Men 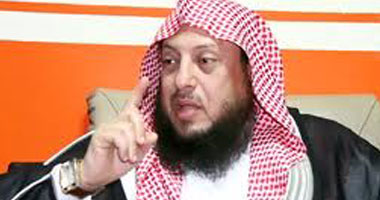 The placement of the tablecloth on the head denotes one’s lack of mental stability.

“[Pharaoh] would ride a Jew as one might ride a donkey… Pharaoh would ride on his back, his legs dangling on either side. Sometimes, he would ride him sidesaddle. He would grab him by the collar, and lead him: Giddyup… He would ride him like a donkey because a donkey he is.” Wow, if that isn’t describing gay sex, I don’t know what is. What’s funnier is that al-Zoghbi is oblivious to the true nature of what he’s saying in an effort to insult Jews, but is really making himself seem like a dirty old man. And why are Jews donkeys anyway? They aren’t asses, unlike Muslims.

The anti-Semitism doesn’t end there. In another speech, al-Zoghbi is quoted as saying: “…wherever the Jews may be found, they wallow in mud and spread corruption.” He also called Jews the “masters of terrorism.” Yes, Jews are the masters of terrorism, because it’s Jews across the world who are screaming “Yahweh Akbar,” blowing themselves up in crowded places, and beheading non-Jews.

One comment on “Your Daily Muslim: Muhammad Abdul-Malik al-Zoghbi”