Posted by Your Daily Muslim on May 1, 2013 in Clerics, Men, Pedophiles & Child Marriage, United Kingdom 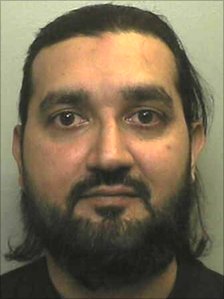 UK imam Mohammed Hanif Khan really needs to learn the concept of boundaries. At age 42, you’d think he’d try to go for someone his own age… oh wait, he’s a Muslim, and thus wants to follow the example set by the prophet Muhammad (pigs be upon him.) Muhammad married a girl when she was 6 and had sex with her when she was 9. Khan, however, didn’t like little girls: he liked little boys.

One day after Islamic Sunday school at the mosque, which is where young Muslims learn how to use assault weapons and properly configure IEDs, Khan enlisted the help of a 12-year-old boy to take out the trash. He followed the boy behind the mosque, threw him to the ground, and molested him behind a dumpster. The boy was too frightened to tell anyone, so Khan realized he could continue to abuse the child. This pattern went on for a couple months, with Khan’s behavior toward the boy growing disturbingly less stern.

Despite Khan’s obvious crush on this child, he had to be an even worse person and molest at least one other young boy who attended his mosque. Eventually, one of the victims came forward, and Khan was arrested. He has been convicted of two counts of rape and one count of sexual activity with a child.