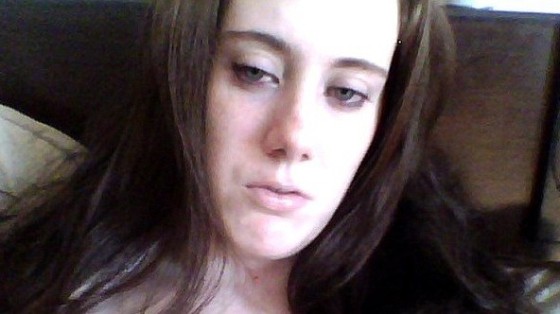 “So maybe ­tomorrow it will be ­Jannah [paradise], I look around at how beautiful Jihad is, it’s alive in Kenya, it’s alive in me, and I’m breathing Jihad, it’s my time.”

Samantha Lewthwaite (that last name is pronounced like “lose weight” with a lisp; perhaps she should take the hint) had no idea growing up what she would become. She converted to Islam at age 15. Several years later, she married Germaine Lindsay, a man who captured her heart before turning her into a monster. Lindsay and three others blew themselves up in the horrific 7/7 bus bombings in London, leaving Lewthwaite widowed with three children in her care.

When police first interviewed Lewthwaite about her husband’s involvement, she claimed she had no idea he was planning to be a part of in the attacks. After forensic evidence was released proving he was guilty, she condemned her husband’s actions as extremist, and said his mind had been poisoned by radicals. However, the radical Lewthwaite was simply engaging in taqiyya, the Islamic principle of lying to protect or preserve Islam. Her mind had also been poisoned.

Now single and not seen as a suspect, she was able to continue her jihadi research and networking unhindered. During this period, she met Jermaine Grant, another crazy Muslim. She probably saw something of her late husband in the guy, since they’re both Muslims with the same name. With Grant and another Muslim, Fouad Abubakar Manswab, Lewthwaite conspired to carry out terror attacks in Kenya. The trio (who may or may not have been in one of those weird polyamory situations) moved into a villa in Kenya, where they began to amass ammunition. They planned to attack hotels in Mombasa. Soon, another British Muslim, Habib Saleh Ghani, joined them.

Thankfully, before the plot came to fruition, Kenyan authorities received a tip and moved in on the villa, where chemicals for making explosives were found. Ghani was able to escape. Grant, Manswab, and Lewthwaite weren’t so lucky. Grant and Lewthwaite were arrested, but Lewthwaite was released when she provided authorities with a false passport. By the time they realized who she really was, she was in the wind.

“My husband terrorized disbelievers… and I will incite others.” After the villa was raided, Lewthwaite’s hand-written notes were discovered. They talked about how her children had told her they wanted to be jihadis when they grew up, and guided her along her path to jihad. Lewthwaite, now known as the “white widow,” had married Ghani, and praised Allah in a note: “I asked for a man that would go forth, give all he could for Allah and live a live of terrorizing the disbelievers as they have us…” You know, normally you wish for a husband with a stable job, compatible personality, and big dick, but apparently none of that stuff matters in Islam.

Not one to waste time, Lewthwaite got in touch with Ghani and Manswab, who was somehow free. They conspired to break Grant out by means of an attack on the courthouse during his hearing. To do this, they enlisted the help of some local Kenyan mujahideen, who happened to have bulletproof vests and plenty more weaponry. The two Muslims who went to carry out the attack were captured, leading to heightened security around Grant, thus thwarting another breakout attempt.

In 2012, it is believed Lewthwaite threw a grenade into a bar full of people watching a soccer match. The location was targeted because Muslims hate drinking, and anything to do with having fun, really. Three were killed in the jihad assault. Instead of being like Bruno Mars and being willing to catch a grenade for someone, Allah instead commands those faithful to him to throw grenades at people.

In late 2012 or early 2013, Lewthwaite found her way to a Somali al-Shabaab (al Qaeda-linked) terrorist camp. When she isn’t getting into catfights on Twitter with her fellow jihadis, she is now reported to be training female suicide bombers. Hopefully she performs a full and proper demonstration for her students.