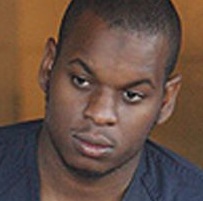 When someone converts to Islam, normally it’s a sign of a deep-seated need for stability and control in one’s life that they could not find through conventional methods, instead choosing to live by a strict and rather bizarre set of rules from the 7th century. Many people convert to Islam while in prison, though their newfound faith doesn’t exactly rehabilitate them – it just gives them an excuse to justify their sociopathic, violent tendencies. Carlos Leon Bledsoe converted to Islam and changed his name to Abdulhakim Mujahid Muhammad. To most people, that seems like a typical Muslim name – but his middle name, “Mujahid,” means someone who fights for Allah, or a holy warrior.

In 2007, Muhammad traveled to Yemen to connect with his faith. He married a Yemeni woman and made some connections in the jihadi community, who pressured him to embark on a “martyrdom operation” (read: suicide bombing.) Yep, just like the rest of the world, even Muhammad’s jihadi friends wanted him to off himself. After attempting to travel to Somalia for further jihad training, he was detained by Yemeni authorities when they discovered he had overstayed his visa. Upon being detained, jihadi literature was discovered in his car.

After attempting to burn a rabbi’s house down with a Molotov cocktail, Muhammad shot up a military recruitment center in Little Rock, Arkansas. One soldier was killed, and Muhammad was apprehended after a car chase. Like many other Muslims before him, Muhammad’s jihad did not end the way he had hoped, and he’s gonna be waiting a long time in prison for his 72 virgins.

At his trial, he made several chilling comments that foretold quite a bit: “I was trying to kill them.” He admitted he wished he had been able to kill more, or that there had been more at the recruitment center. “I do feel I’m not guilty. I don’t think it was murder because murder is when a person kills another person without justified reason.”

Wait, “justified reason”?! What reason does this mad Muslim think there is to possibly justify randomly walking into a building and shooting people?! Nothing can justify that, no verse from a holy book, nothing. Muhammad, in his twisted mind, cites western intervention in the Mile East as his motive: “It’s a war out against Islam and Muslims, and I’m on the side of the Muslims point blank… The U.S. has to pay for the rape, murder, bloodshed, blasphemy it has done and still doing to the Muslims and Islam. So consider this a small retaliation, the best is to come, Allah willing. This is not the first attack, and won’t be the last.” Muhammad stated he had also planned other attacks against US military personnel and targets.

Violence like that of Muhammad will not end until the Qur’an has been revised and the calls for holy war are edited out. As long as every Muslim worldwide is reading from that hate book, we will not know world peace.