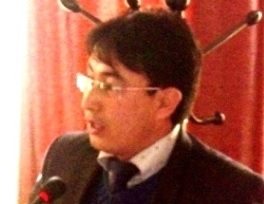 15-year-old Afghan girl Sahar Gul had recently been married off to a much older man against her wishes. Her new husband was abusive – he had repeatedly burned her and ripped out her nails after she refused to sell herself to bring in more money for him. Her family aided her new husband in the torture. Gul’s tormentors were sentenced to 10 years in jail, with the exception of her husband, who is still on the run.

Enter Abdullah Attaee, a spokesman for Afghanistan’s supreme court and a legal counsel for many other groups. The case of Sahar Gul had made its way through Afghanistan’s court system (yes, it has one) up to the supreme court, and there the case was reviewed by Afghanistan’s leading legal experts (read: pedophile-worshipping misogynists.) After reviewing the sentences of the offenders, Attaee said: “But after the court reviewed their case, it found out that they were only involved in family violence.” Are you kidding?! Forcibly marrying your daughter off to an old man, physically abusing and disfiguring her, then forcing her to be a prostitute is “only… family violence”?! So somehow it’s more OK for parents to abuse their children than it is for an adult to abuse someone else’s child. Afghanistan’s “family violence” law is, however, in accordance with Qur. 4:34, which authorizes wife-beating.

After the fall of Taliban rule in Afghanistan, women’s rights have still struggled. Many women still wear the burqa, which fully covers the face, for fear of violent backlash. Attaee had this to state about the offenders: “For now, the court has ruled that the time they have spent in jail is enough for them.” They hadn’t even served out a fraction of their sentence and they’re already out. But of course, it’s Islam – if a man insists on something, it’s gotta happen regardless of the consequences for women.