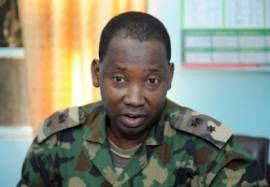 The rule of law in Nigeria is tenuous at best. In the north of the country, large groups and organizations of Islamist militants routinely attack schools and churches. The Nigerian government’s attempts to thwart Boko Haram and other such militant groups have been largely unsuccessful, with the body and limb count rising by the day. Many in Nigeria began to speculate that Boko Haram had allies in the government and military. Upon the arrest of customs official Ahmed Grema Mohammed, their fears were justified.

Mohammed had been tasked with the assassination of a government advisor. He was apprehended on the way to carry out the attack. However, he spilled his guts during questioning (read: torture. It’s Nigeria, you can get away with that shit, no questions asked.) He confessed to numerous assassinations of politicians, security forces, and critics of Boko Haram.

Mohammed was involved in one of Boko Haram’s larger jihad stunts – an attack on the city of Damaturu. Hundreds of Boko Haram militants stormed the city, including the police station. Many police officers were killed. Mohammed and other Boko Haram militants sacked and burned six churches, as well as a primary school and numerous government offices. It’s well known that Islamic idiots are jealous of more educated people, but to lash out violently shows that the ideology encourages savage behavior instead of simply being bitter. Two suicide bombers in cars smashed into a local anti-terrorist court, killing 53. Back at the police station, Mohammed and his accomplices looted the facility, stealing weapons and ammunition. After that, Mohammed and other Boko Haram militants released their fellow jihadis from the local prison.

Mohammed is currently behind bars. Hopefully he stays there for good.

One comment on “Your Daily Muslim: Ahmed Grema Mohammed”