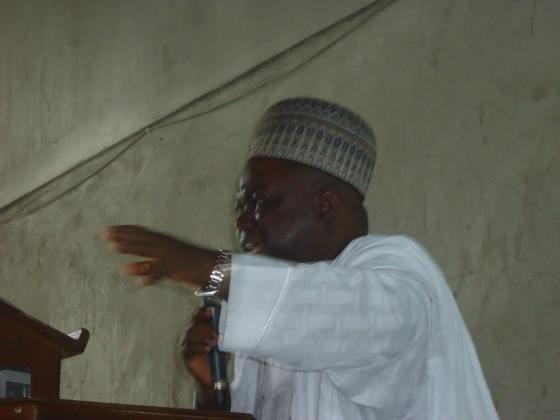 Abdulkadir Apaokagi, a cleric who serves as the lead missioner of the rapidly-growing Nasrul-Lahi-L-Fatih Society of Nigeria, has shown the world the true tolerance of Islam. Instead of teaching the peace the religion claims it espouses, Apaokagi recently spoke in favor of killing tons of people and desecrating their corpses. Specifically, he called for the mass slaughter of gays and lesbians, then added insult to injury.

“Homosexuality and lesbianism are just too dirty in the sight of Allah,” Apaokagi told the Nasrul-Lahi-L-Fatih Society’s congregation, which reportedly numbered over 2,000. “Those who engage in them deserve more than capital punishment. When they are killed, their corpse should also be mistreated.” By “mistreated,” it’s quite possible he’s referring to necrophiliac activity, which is considered halal (permissible) by many Islamic clerics and scholars. Other forms of corpse mutilation that have been historically practiced by Muslims include dismemberment and/or cannibalistic consumption of organs. Eww. As for things that are dirty in the sight of Allah, I highly doubt the fictional entity known as Allah finds Apaokagi’s colossal waistline to be anything other than an eyesore.

Apaokagi also claimed gays and lesbians caused disorder in society and had psychological difficulties: “None of them can pass a psychiatric test, because they are not normal.” As a former bar employee, I can attest that the stereotypes about lesbians starting bar fights are totally true, but other than that, gays don’t really cause much disorder. Muslims, however… that’s another story. Maybe Apaokagi would see the bigger picture if he would stop trying to meddle in people’s bedrooms. As for gays not being normal, compare being gay to basing your life around the actions of a 7th-century pedophile. Now tell me who’s abnormal.

“[Gays and lesbians] are criminals. Allah himself describes them so…” Uhh, maybe if you’re living by a horribly intolerant and outdated set of laws… but seriously, what kind of civilized, rational human being would consider a consensual relationship between ADULTS (hey Muslims, that word is capitalized for a reason) to be harmful? “When God[‘s] wrath descends, it will affect us all except [if] we speak out against this evil practice.” Why not speak out against pedophilia, or necrophilia? Oh wait, because those are permitted in Islam under certain circumstances. However, s’ing a d is somehow infinitely worse and will bring about destruction. Makes perfect sense…