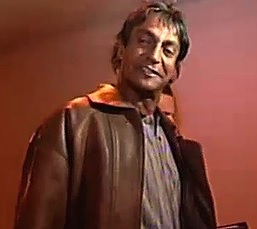 It all started when Australian halal butcher Raymond Akhtar Ali just wanted to get a little on the side. He began to casually see one of the employees at his butcher shop, a 22-year-old non-Muslim woman. After a short period, the woman felt she had become his “sex slave,” and discovered she had been impregnated by him. With her employment on the line if she were to stop seeing him, she felt she had few choices but to carry the child to term.

She gave birth in secret, with Ali present. A baby born out of wedlock is considered a great shame in Islam, and Ali did not want any evidence of his dirty deeds. Being submissive to and frightened of the aggressive Muslim, the woman complied with his demands even as things got grim. What did Ali do with the newborn girl? He used it as halal butchery practice, of course. He smashed the infant to death, then cut the bloody corpse in two across the abdomen. Was he done? Not at all; he had one more absurd, savage Islamic ritual to perform – female circumcision. He sliced off the child’s clitoris, more or less taking the entirety of the vagina with it. To finish, he cut off one of the baby’s legs. The brief moments the child lived were spent in agony, and Ali was arrested and sentenced to life in prison for the heinous crime. However, he could apply for parole as early as next year.

Now, Ali has filed suit after being denied halal meat for four months in prison, with the meat being replaced by vegetarian dishes. He probably wanted to relive the days where he could get away with barbarically slaughtering animals (no tranquilizers are used in halal slaughter) as well as that innocent baby – the taste of halal meat with its secret ingredients of cruelty and suffering would bring back those memories. The court that heard the case shockingly ruled in favor of Ali, and stated that he must be paid $3,000. An appeal has been filed.