Posted by Your Daily Muslim on October 1, 2013 in Saudi Arabia, United States, Women 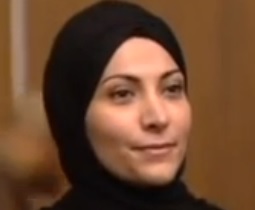 Slavery is alive in the 21st century

Muslims get away with all sorts of horrific crimes because of three reasons: who they know, fear of perceived backlash, or liberal judges letting them off citing “cultural differences.” Today’s tale involves the first of those three. Saudi princess/ninja Meshael Alayban had been living in Irvine, California on a tourist visa… and had kept slaves- err, “domestic workers” in her house against their will. She is also suspected of human trafficking for importing and possibly exporting other “maids.” One maid, however, managed to escape Alayban’s mansion.

The “maid,” from Kenya, told authorities that Alayban made her work 16 hours a day for $220 a month, cleaning and cooking. Hey race-baiting liberals, look who’s keeping black people as slaves now – it’s not racist white people. Sorry Rachel Madcow and MSNBC, I doubt Alayban is a Republican, so there’s no story for you here. Such disrespect for human life is common in Islam, where men can keep sex slaves from conquered territories (Qur. 23:5-6, etc.) Thankfully, the woman was able to escape and recounted her experiences to authorities, and she remains free – as does Alayban, despite the fact that four Filipinas, also believed to be slaves, were found in Alayban’s residence when police raided it.

Alayban is one of the wives of Saudi prince Abdulrahman bin Nasser bin Abdul-Aziz al Saud, grandson of the king of Saudi Arabia. Paying her $5 million bail was probably like pocket change for Alayban. The judge, likely pressured and/or bribed, dropped the case against Alayban, who is now free to return to Saudi Arabia and enjoy feeling like the ugly duckling of al Saud’s wives. Hopefully the five women she enslaved find some form of justice.