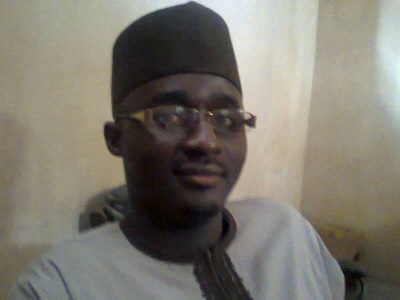 Nigeria is best known for its email scammers, Boko Haram Islamist militants, and, uhh… not much else. However, the African nation recently generated quite a lot of buzz for a bizarre Islamic ruling coming out of the sharia-controlled Kano state. The Hizbah board, basically a bunch of men who dress in weird robes and pretend it’s the seventh century, debates, legislates, and organizes enforcement of Islamic rulings for the state. Yusuf Yola (not to be confused with #YOLO), a member of the board, recently spoke about a pressing issue that had come to the board’s attention.

Rather than attempting to address Islamist violence against Christians in Nigeria, Yola and the board decided that taxi drivers were a bigger problem. Why? Because many of them wear tank tops and shorts, which is considered “indecent” under sharia. Yola and the board also said that any cabbie or motorized rickshaw driver caught giving a ride to a passenger of the opposite sex would be arrested due to the gender-mixing restrictions of sharia law.

Yes, you read that right. Cabbies have to refuse business because a bunch of sexist gay dudes from the 7th century decided they liked each other’s company so much that women weren’t allowed to mix with them, or something like that. I mean, that’s the only logical explanation for the bizarre gender-mixing prohibition of sharia to exist. Yola and the Hizbah board went so far as to deploy 10,000 sharia enforcers to catch any cabbie who might be so kind as to charge a woman for a ride. Though many Islamists claim sharia law only applies to Muslims, its death-grip inevitably spreads to the kuffar as well. Yola stated that Christians would also have to comply with the bizarre dress code and taxicab rulings. He made no mention of atheists or believer in other faiths, though I’m guessing those folks have to comply as well. Tolerance of other cultures is not in Islam’s nature.

As for the ban on tank tops and shorts – really? In a country as hot as Nigeria? That’s just cruel. Then again, Islam is no stranger to cruelty, so I guess it kinda makes sense. Still, those ridiculous robes Yola and his Hizbah board BFFs wear are what should be outlawed, not tank tops and shorts.