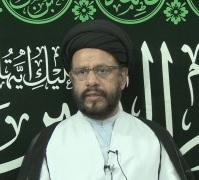 The face of depravity.

While many western nations are busy debating whether or not to legalize same-sex marriage, Muslims can’t stop focusing on the kind of marriage most relevant to their seventh-century lives: child marriage. Islamic scholar/cleric Maulana Syed Mohammed Zaki Baqri, Alim of the Council for Islamic Guidance in Ontario, Canada, really has his priorities straight and would make a great marriage counselor… for those still in middle school. The scholar has stated that “protecting the self [with regard to chastity]… has become more and more difficult,” and that “it is highly recommended to get married at the appropriate age.” What’s the age Baqri thinks is appropriate for marriage? “Adolesence.” Referring to a Muslim male’s teenage years, Baqri even claims that “It is at this critical stage in his life that marriage becomes relevant.”

“It has been narrated that a bachelor’s seventy rakat salat (prayer) is equal to one rakat of a married person.” Wow. As if that isn’t an excuse for paranoid religious parents to marry their children off young, because apparently Allah has it out for single people. I’m guessing whoever thought of that seventy prayers crap knew that parents would use it as justification for marrying off their children in arranged marriages, and figured it would increase the number of available underage “brides” on the market. Baqri also states that Muslims and non-Muslims should not intermarry. Normally, in order for a non-Muslim to marry a Muslim, the infidel must convert to Islam. This practice is becoming increasingly widespread in southeast Asia and the UK, and has been termed “love jihad.”

“Before getting married, a young boy and girl are usually seen as dependents of their parents,” Baqri wrote. Note how he’s discussing “young” children, referring to them as a “boy and girl” instead of “man and woman.” If that doesn’t tell you what this Muslim’s talking about when referring to marriage, you should check your reading comprehension. It’s quite likely our dear friend Baqri likes ’em young. “Marriage makes the couple free from their dependency… They now have the ability to fulfill their needs and act upon their own will and wish.” Correction: the husband has the ability to fulfill his needs and act upon his wishes. The wife must remain obedient to her husband or face physical abuse (Qur. 4:34) or the threat of Jahannam [hellfire] (Sahih Bukhari 2:28.) Baqri even states that the appropriate age of physical maturity, according to Islamic Canon Law, is 13 to 15 for boys and 9 for girls. Muhammad, pigs be upon him, married a girl when she was six and molested her when she was nine. Baqri, based on his writings, would like to see similar molestation on a widespread scale.

On the subject of women being subservient to their husbands, here’s what the totally progressive Baqri had to say on the subject: “The reality is that the wife should be led by her husband.” Uhh, wow. Where are the left-wing feminist harpies screeching at this guy? Oh wait, he’s a Muslim, he gets a free pass because leftists are afraid of being called “racist” for criticizing his savage religion. Baqri’s definition of a marriage is nowhere near the equal union we in the west envision when we discuss the institution. Instead, to this Muslim, marriage basically entails a husband being able to boss his wife around and control her every move. “[The wife] needs to have the permission of her husband for a number of things, including, leaving the home… communicating and speaking with others…” Seriously? So a woman is basically supposed to be more or less a walking, talking robot that does exactly as her husband commands? I hope Baqri has never been married, since I can’t imagine how awful of a husband he would be. As for women not being able to leave the home without permission, I am a firm believer in “what he doesn’t know can’t hurt him.” Baqri has also expressed support for the sharia prohibition on gender-mixing, as well as the Islamic teaching that a woman should never refuse her husband’s sexual advances except under certain conditions, e.g. menstruation.

“The solution to today’s modern society is Islam,” Baqri wrote. “If we sincerely follow this path, no youth will remain single at the time that they should be married.” Again, this nondescript “time that they should be married,” seems like he wants to directly mention child marriage but fears backlash. Gee, I wonder why. However, his use of the word “youth” is telling enough. Baqri also says that “Islam’s solution to this problem [what he calls the west’s ‘free for all sexual society’] is the encouragement of early marriages.” It’s not encouragement; it’s done by force. Children are taken by their parents and brought to meet their new spouse, then handed off without being able to consent. Of course, Baqri doesn’t write about this inconvenient fact, knowing it will make his savage religion look like the pile of pedophilic, misogynistic garbage it is. Baqri even has the gall to write that “Islam is a practical and contemporary religion which caters to all aspects of human life.” The only thing contemporary about it is that it failed to die out in the seventh century as it should have.

Now, for one last bit of Islamic absurdity, here are Baqri’s thoughts on sex. “The almighty god has placed biological desires inside the instinct of the human,” he wrote, not addressing the obvious evolutionary need for sex we have as a species. “This need cannot be filled without marriage.” Uhh, what?! Is this dude high or something?! Perhaps, because he has neither looks nor charm, Baqri never had the chance to get laid. However, the fact that he believes you can’t have sex before marriage and was dumb enough to publish it under his own name is a true testament to his seventh-century stupidity.