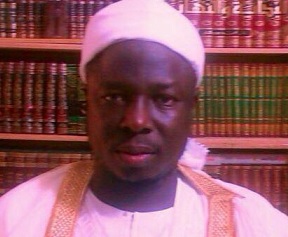 While those of us in the west can freely enjoy a glass of wine with dinner or get wasted with friends on the weekend, residents of many Nigerian states aren’t so lucky. Several states have instituted Islamic sharia law as the law of the land, which forbids the sale and consumption of alcohol. Though sharia advocates say that sharia will not affect the rights of non-Muslims living under it, the right to have a healthy buzz is generally one of the first to go right out the window. Who do Nigerians have to thank for that? Fun-police idiots like sheikh Aminu Ibrahim Daurawa of Kano State.

Daurawa’s hatred of alcohol probably comes from a bad experience with it. We’ve all had those mornings where we wake up and tell ourselves we’ll never drink again because of how terrible the hangover is, but then it goes away and we’re over it. Daurawa’s experience, however, was different. He began a crusade against alcohol in the politically-embattled Kano State. Sharia police, by the recommendation of the Islamic Hizbah board (a governing entity), recently seized a massive quantity of alcohol. Did they throw an amazing party everyone would forget from being too drunk? Nope. Instead, they did as Muslims do with everything and destroyed it.

After the destruction of the bottles, Daurawa commented: “We thank God that our command has successfully destroyed about 244,151 bottles of beer of different sorts. We hope (this) will help restore the tarnished image of Kano.” Actually, it makes Kano seem even less respectable now since citizens allow crap like the Hizbah board’s anti-beer stunt to fly. The alcohol was seized from supply vehicles and non-Muslim (Christian) business owners. Yep, see how sharia doesn’t impact the non-Muslims living under it whatsoever?

Daurawa is also involved in the Hisbah board’s attempt to cut down on old, single women since there are far too many cat hoarders already. How did the board plan to do it? Mass state-organized arranged marriages, of course! “The government introduced this plan in order to reduce marital problems in our society,” Daurawa commented. “When we first suggested the mass wedding plan, many people thought it would not be possible, but alhamdulillah, we have succeeded in marrying off about 1350 women in three batches.” Batches of women? Is that like Mitt Romney’s binders full of them? I bet “batches” entails the involvement of more women than binders, but you never know.

One “issue” that arose in the mass-marriage program was when a pregnant, single woman (gasp) who hid her baby bump under her hijab tried to marry herself off. She probably didn’t want to raise the child alone, but that didn’t sit well with the man who discovered his new wife would soon bear another man’s child. However, Daurawa decided to invade women’s privacy instead of letting the women disclose their pregnancy on their own terms: “You know last time we had a bad experience where a woman deceived us by bringing the sample of her sister’s urine as hers, it was after the marriage we discovered that she was six months pregnant. So, in order to prevent such cases, we have provided a scanner which has the capacity to capture even a day old pregnancy.” Regardless of whether or not a woman is pregnant, this mass-marriage stuff really weirds me out. What are your thoughts? Sound off below!