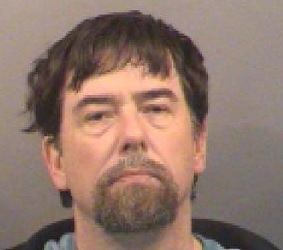 Most people take up a new career or cheat on their spouse during their midlife crisis. American Terry Lee Loewen, however, chose to convert to Islam and wage jihad fisabilillah against the kuffar. Using his position as an airport technician, Loewen managed to formulate plots for a jihad attack against a US airport. For a Kansan, that’s actually quite a huge accomplishment; most of them are too busy waving “God hates fags” signs around at funerals. Loewen got in contact with people online whom he believed were fellow mujahideen (jihadis) and formulated a plot, but was actually communicating with – you guessed it – an undercover FBI agent.

“My only explanation is that I believe in jihad for the sake of Allah + for the sake of my Muslim brothers + sisters,” Loewen stated. He thought he was going to die as a shahid (martyr) for Allah, blowing himself up in a car bombing to get his 72 virgins. Why is it that upon conversion to the religion of peace, people seem to turn violent?

“Brothers like [sheikh] Osama bin Laden and Anwar al-Awlaki are a great inspiration to me, but I must be willing to give up everything (like they did) to truly feel like an obedient slave of Allah.” If your religion tells you that you have to sacrifice everything to go to heaven, there’s something wrong with it, not you. “I have considered supporting some of our brothers and sisters in prison, and have been sending money to the family of Younus Abdullah Muhammad, one of the founder [sic] of the Revolutionary Muslim Website, which is the first website that really helped me understand what obedience to Allah was.” Yep, from the horse’s mouth: obedience to Allah entails killing innocent kuffar. For anyone who thinks Islam is a religion of peace, this should be a real wake-up call.

“I don’t understand how you can read the Qur’an and the Sunnah of the prophet [pigs be upon him] and not understand that jihad and the implementation of sharia is absolutely demanded of all the Muslim ummah,” Loewen wrote. Loewen is right – Islam does command its followers (the ummah) to follow and implement sharia. Of course, that entails forcing it upon those who want nothing to do with it. However, to wannabe bomber Loewen, that didn’t matter because the thought of 72 virgins was far more appealing than whatever he could get in this life. He thought he was going to die in a car he would load with a bomb “timed to cause maximum carnage + death”…

…and we all know how this ends. Loewen was arrested for his plot, and he is currently facing up to life in prison for his wrongdoing. Hopefully he never spends another minute outside of solitary.

One comment on “Your Daily Muslim: Terry Lee Loewen”