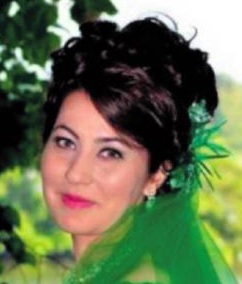 Faruk Rooma, like her clothes, is green with envy

Pakistani Muslimah Faruk Rooma (not to be confused with the Roomba) immigrated to Denmark to start a new life. She met a man, and the two began to build a relationship. The two contacted a local imam and had a private wedding in 2001. The man did not contact his family about the marriage, but didn’t tell Rooma why. What she didn’t know was that her beau’s family had other marital plans for him – specifically, he was supposed to marry his own cousin from the US. In June 2013, the incestuous union occurred, which came as a complete shock to Rooma. Though her husband continued to see her, Rooma took matters into her own hands. She knew full well that Islam allowed polygamy, but wanted her man all to herself. Plus, the whole arranged marriage to his own cousin thing is so wrong on a multitude of levels.

Rooma contacted her 19-year-old nephew to help her with her plot to eliminate the competition. Her nephew signed on and enlisted one of his friends to help Rooma commit what would turn out to be one of the most horrifying Islamic murders in Denmark’s history. When her husband’s second wife was home alone, Rooma and the two teens broke into the woman’s apartment. The teens assaulted the woman and held her to the floor. Rooma poured gasoline on and around her and set her on fire. Within seconds, the fire had spread far beyond what the assailants had expected. The teens managed to flee, but Rooma, whose baggy clothes were now ablaze, wasn’t so lucky.

Rooma jumped out of a window, in flames. She landed and managed to extinguish the flames before passing out due to the severity of her injuries. She was found unconscious and was taken to a hospital. Her accomplices were tracked down and arrested. Rooma was given a life sentence and may also face deportation. The teens were given ten- and seven-year prison sentences. For murder, that’s a joke of a sentence. Those monsters shouldn’t see the light of day again. Rooma’s husband is now single. It is unknown whether or not his family is planning on setting him up with another one of his cousins.