Posted by Your Daily Muslim on January 9, 2014 in Amputations & Beheadings, Bangladesh, Men, Violence Against Women 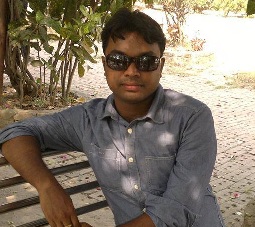 Bangladeshi Muslim Mozammel Haq Mazi couldn’t resist. He knew she was married (as was he), but he was unable to help himself. He figured her for easy prey, that she wouldn’t tell a soul. Now, however, Mazi knows better.

Mazi broke into the home of 40-year-old Monju Begum while she was sleeping. He tried to force himself onto her, but she grabbed the knife she kept by her bed and used it to ensure the sick Muslim would never rape again. The blade struck, and Mazi let out an unearthly wail. While his screams of anguish probably woke the entire neighborhood, Begum finished the job in a fairly clean manner, removing both Mazi’s penis and his testicles. Apparently this is kind of a common thing for Bangladeshi Muslimahs to do to men who mistreat them.

Begum then threw the wounded Muslim off of her before wrapping the genitals in polythene and carrying them to the police station as evidence. Begum identified her assailant and he was taken into custody. Upon his arrest, Mazi claimed that he and Begum had been seeing each other, though they were both married. He claimed that Begum attacked him when he refused to leave his wife for her, a story she denies. “I am a double victim,” Mazi said. “First, she cut my penis and now police say they are going to arrest me for attempted rape. We were having an affair and recently she suggested that both of us can go and settle down in Dhaka. I refused and told her that I cannot leave my wife and children, so she took revenge on me.” Oh look, a guilty Muslim man trying to play the victim. Whodathunkit?!

However, Begum denied that any of what Mazi said was true. She claims Mazi had previously harassed her and the two did not have an intimate relationship. Logic backs Begum on this one; if she and Mazi were having a consensual relationship, why would Mazi need to break into Begum’s bedroom?