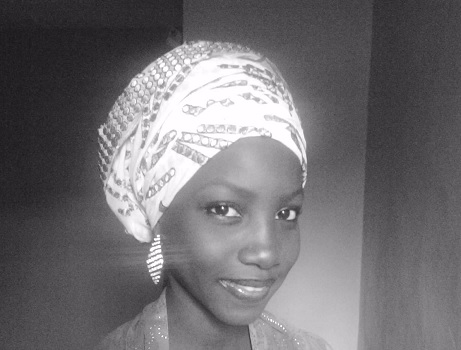 Hafsat Shushe, a Nigerian Muslimah who resides in sharia-controlled Kano State, seems somewhat normal at first glance. Aside from an obviously unhealthy obsession with obnoxious boy band One Direction, Shushe looks like a nice, upstanding young woman. Sure, she posts so many pictures of the barely-legal One Direction members to qualify her as a bona fide stalker, but maybe she just likes their “music.” (Side note: one of the One Direction members is a Muslim, so the band qualifies as audio terrorists.) However, Shushe is not a westernized, “moderate” Muslim – remember, there is no such thing as a moderate Muslim, as Islam is an extremist ideology. Here’s why Shushe ended up on this site:

Yep, that’s right – apparently she thinks it’s OK to stone someone to death for having a little harmless fun. It’s not “fair” at all, since there’s a punishment for something that shouldn’t be seen as a crime. However, when viewing the world through the backward moral lens of the seventh century and the pedophile warlord Muhammad, pigs be upon him, it’s understandable why Shushe’s views are so twisted.

Shushe also frequently shares messages on Facebook from known anti-western clerics, including mufti Ismail Menk. The messages range from pithy insights to pseudoscientific babble about curses and the will of Allah. Sadly, Shushe has shown no evidence of breaking free of her delusions. Also, she didn’t know Hannah Montana and Miley Cyrus were one and the same… and I thought those drama queens from Mean Girls were dumb.