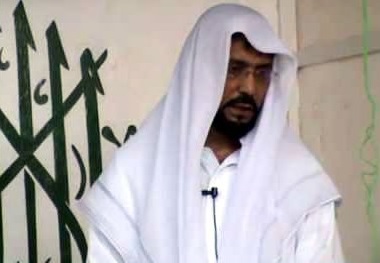 Mauritian Muslim Cehl Muhammad Fakeemeeah’s life is riddled with self-made controversies and drama. A noted scholar and teacher of sharia, Fakeemeeah started his dawah (Islamic evangelism) at the age of thirteen. After his collegiate studies of Islamic jurisprudence in Saudi Arabia, he returned to Mauritius to begin a career in politics. As those of us in the west know, merging religion and politics is dangerous, but Fakeemeeah did exactly that. He formed a party named Hizbullah (the party of Allah; which is the same name in Arabic as notorious terror group Hezbollah) and began campaigning.

He didn’t get elected to office, likely because most Mauritians knew they didn’t want a crazy Muslim to represent them. In 2000, Fakeemeeah was arrested, believed to have been linked to three murders. He was held in jail for over three years. Of course, Muslims played the “perpetual victim” card, claiming he had been targeted for his faith and that his arrest was bogus. After significant outcry (whining) from the Islamic community, Fakeemeeah was released, as the case against him was only based on circumstantial evidence. His fans energetically greeted him with hugs upon his release. That says a lot about Muslims – hugging someone who probably killed three people.

In 2010, Fakeemeeah was finally elected to office. That’s where the real drama began. Of course, he couldn’t just let politics be; he had to make sure his constituents know exactly the kind of seventh-century primitive they had elected. Enter 2012. “Women have no place in politics,” Fakeemeeah stated. Mauritius is a democratic nation. His statement flies directly in the face of democracy. Of course, many Muslims agreed with him, as Islamic scriptures have passages against allowing women in positions of power.

Fakeemeeah has also been linked to violent criminal activities during his time in office. In 2010, a case was raised against him for child abduction – allegedly, he had kidnapped a man’s daughter and “brainwashed” her. The man who filed the complaint later recanted his statement, claiming he had been pressured by one of Fakeemeeah’s political opponents. Was it really pressure from an opponent, or was it from the man himself?

That isn’t the only violent crime this Muslim has been accused of in recent history. A case was brought against him for his alleged involvement in a jewelry store robbery. However, as with the child abduction case, the man who identified Fakeemeeah as a suspect later recanted his statement. That’s no coincidence. This lawless, manipulative Muslim intimidated people who threatened to expose him for the monster he is. He wants the truth to forever remain hidden – but the Mauritian people are waking up. His career in politics will hopefully be terminated, along with his freedom.