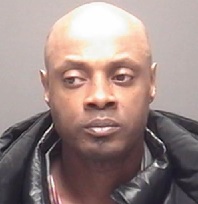 Texas Muslim James Cosby is no Bill Cosby. Instead of being a kind and loving family man, Cosby committed an act most parents couldn’t imagine: killing their child. Registered sex offender Cosby felt justified in his actions, however, because of an ancient child-porn fairytale called the Qur’an.

Cosby’s 24-year-old daughter, Britney, was an out-of-the-closet lesbian, which didn’t sit too well with her devout Muslim father. The Qur’an and Hadith both explicitly condemn homosexuality, and there are quotes from Muhammad ordering his followers to kill gays. Britney and her girlfriend, Crystal Jackson, had no idea what Cosby had in store for them after a Mardi Gras party last week. The uncovered women returned home one night – a home Britney let Cosby reside in after he served 2 years behind bars. However, there was no sign of gratitude from this malicious Muslim. Cosby shot Jackson to death before fatally bludgeoning Britney. He dumped the bodies behind a dumpster and left the Qur’an open to a page with verses against homosexuality.

Cosby had told Britney’s mother that he did not like the idea of his daughter’s homosexuality. Her mother told him they couldn’t change their daughter, that being lesbian was part of her. But that was unacceptable to someone like Cosby whose belief in moral absolutes commanded from an invisible psychopath in the sky was unshakable. Islam isn’t particularly tolerant of other beliefs or ways of life, even those toward which people are naturally inclined. Cosby was arrested on charges of murder and evidence tampering. Apparently he liked prison so much he just couldn’t wait to go back.

I’ll let Britney’s mother conclude this piece with a quote about her former lover: “I think they should lock him up, don’t let him out. Give him the chair, I want him to suffer.”