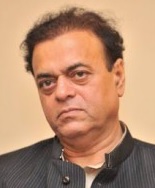 Pretty sure that’s his rape face.

Indian Muslim politician Abu Azmi of the Samajwadi Party recently committed a gaffe even Joe Biden could only dream of. When asked to comment on the issue of punishments for rape, Azmi revealed the totally reasonable and comforting sentiments of Islam toward rape victims.

“Rape is punishable by hanging in Islam,” Azmi began, before promptly sticking his foot in his mouth. “But here, nothing happens to women, only to men. Even the woman is guilty.” How is a woman guilty of being raped? A crime is perpetrated AGAINST her. She didn’t ask for it. She wanted nothing to do with it. Time and again, Muslims try to blame women for being female instead of blaming their fellow Muslim men for not being able to keep it in their pants.

“In India, if you have sex with a person with consent, it’s fine,” Azmi stated. “But if that same person complains, it’s a problem. [No shit, Sherlock! Rape is always a problem.] Nowadays, we see a lot of such cases. Girls complain when someone touches them, and even when someone doesn’t touch them. It becomes a problem then, and the man’s honor is ruined in this. If rape happens with or without consent, it should be punished as prescribed in Islam.” The definition of rape implies non-consensual or coercive activity. As for the man’s honor – what about the woman’s? Female rape victims are shamed in Islamic societies (when they aren’t tried for adultery), often to the point of suicide and communal exclusion.

Azmi wasn’t done revealing his seventh-century idiocy: “If a woman is caught, then both she and the boy should be punished. As per Islam, if someone has [sex] with consent, it’s the death penalty even then. In India, there’s death penalty for rape, but when there’s consent, there’s no death penalty. But, this is a question of life and death between consent and no consent. If you agree to be with someone, it’s okay. But the moment something goes wrong, and one gets angry and starts blackmailing, then the other person would be hanged; this is a serious issue.” Maybe there should be a fair trial instead of rushed executions…? Or maybe, just maybe, Islamic law should never be allowed any influence in secular society. “The solution is that if any girl, whether married or unmarried, goes with a guy with or without her consent, they should be hanged.”

Yep, he just advocated the death penalty for adultery. But just in case that wasn’t perfectly clear, Azmi felt the need to expound on it a little more, with each word hopefully costing him votes in upcoming elections. “As per Islam, if a girl does it, she will be awarded the death penalty. What I mean is that if there’s rape, then there should be punishment. But on the other hand, as per Islam, if two people go to a hotel and have sex with consent, even that should be banned. They should be punished.” When asked what the punishment would be, Azmi replied: “I won’t talk against my religion. The punishment should be death by hanging.” Azmi had previously tried making a statement that was in solidarity with rape victims, but still placed much of the blame on them. Yeah, so much for solidarity when you support hanging rape victims for adultery.

Aside from rape victims, another group Azmi isn’t fond of are Hindus. While he isn’t as spiteful as fellow politician Akbaruddin Owaisi, he’s definitely not the shining beacon of tolerance liberals believe every Muslim is. “Some people are constantly talking about ‘Hindu Nationalism,'” Azmi said. “In fact, political parties are also mentioning it. This can cause hatred amongst people leading to riots. Such political parties should therefore, be banned and legal action should be taken against them.” You want to talk about banning parties for stirring up hatred? Ban the Islamic parties, which frequently call for violence against Hindus and other non-Muslims. Again we see Muslims trying to censor any dissenting opinion – it’s like they can’t stand up to opposition. Cowards.