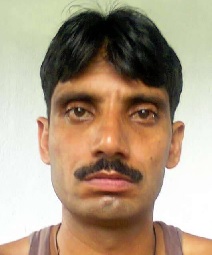 The real question is how someone so ugly could reproduce

Family arguments aren’t enjoyable, even less so if your family is Muslim. Pakistani Muslim Zakir Hussain got into an argument with his brother over some family property and decided to drag his eight-year-old daughter, Masarat Naz, into it. Instead of resolving the dispute rationally, Hussain decided it would be best if he removed what he felt was trying to bring him personal shame. In this case, his brother. Hussain hoped to get his brother imprisoned for the murder of Masarat Naz, thus resolving the territorial dispute and removing any sort of “shame” on him for his dealings therewith. He cut off the 8-year-old girl’s head after the argument without realizing that his brother would have zero motive to kill the innocent child.

Police quickly identified the girl’s real killer – if it wasn’t obvious from the headshot, Hussain is not particularly bright. He has been detained and is currently undergoing interrogation. It’s Pakistan, so that likely involves torture of some form or another.