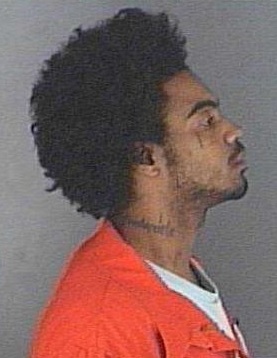 Muslims are very in tune with their ability to get whatever they want from willing appeasers. One such Muslim is Kansas inmate Eddie A. Gordon, Sr., a 25-year-old father sentenced to 23 years for murder. He is also awaiting trial for charges of rape of a child (of undisclosed gender) younger than 14 years old and attempted aggravated criminal sodomy to a child younger than 14. In other words, he’s following in the footsteps of his pedophile prophet, pigs be upon him. Sounds like a real stand-up guy, huh? Well, this grade-A role model is seeking $2 million of YOUR taxpayer money – because of his 7th-century beliefs!

Gordon claims he wasn’t fed once over a 28-hour period during his Ramadan fast, a time in which Muslims starve themselves all day and binge-eat at night because poor eating habits that cause it all to go on your waistline are all the rage in Islam. When Gordon was fed, he alleges the food was cold and inedible. Oh boo hoo, you gunned a man down and molested a child, you really think missing a meal is so inhumane? Don’t make me laugh any more than I already am at your face tattoos; those are like screaming “please don’t hire me, I’m a criminal!” Gordon is filing suit for $2 million because of alleged dietary abuse. The idiot is also representing himself in court, which is likely to be hilarious.

Prison officials have commented, saying the lawsuit is “baseless.” Hopefully the judge agrees that it would be a waste of both time and taxpayer money to reward the likely false claim brought forth by this waste of oxygen.