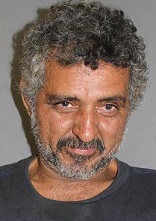 Muslims aren’t known for making the best decisions, and neither are drunk people. What happens when a Muslim goes against the teachings of his faith and gets belligerently drunk? The inner mujahid (jihadist) comes out. Florida Muslim Faisal Albagdadi and his friend/fellow Muslim Ahmed Hindi got ragingly drunk and decided their night wasn’t over. Their bar crawl continued into the unsuspecting Jus’ Beachy Bar, which was about to get a full dose of their religion’s peaceful teachings.

The two Muslims stumbled into the bar and were immediately told they were cut off. Upon hearing the words “cut off,” a switch flipped in Albagdadi’s head, remembering his religion’s command from Qur. 8:12. The Muslims assaulted customers and threw chairs around, but Albagdadi felt he had to really do something to uphold his religious duty (even in his compromised state.) According to police, Albagdadi had stated he was going to “kidnap an American and behead him, once he’s released from jail.” Not the kind of “cut off” the bartender was referring to, obviously, but the only kind a Muslim will allow.

Albagdadi and Hindi were arrested and are facing mischief and battery charges.