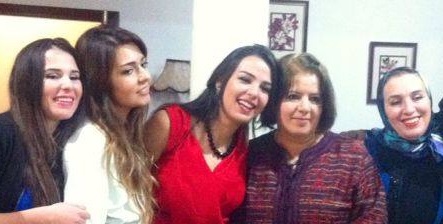 One of these young women is Sara el Ghouch.

It’s very rare you see a female rape apologist. However, that’s exactly what the religion of peace produced in Moroccan-born Muslimah Sara el Ghouch, who now resides in Sweden. When confronted with the fact that her beloved Muhammad, pigs be upon him, married a 6-year-old girl named Aisha and molested her at age 9, el Ghouch tried to defend her prophet’s actions. To her, a dude in his mid-50’s putting his genitals into a prepubescent girl is somehow OK.

AISHA WAS SIX when she got “married!” Do you really think a six-year-old has any idea about the implications of marriage? Also, quite a few psychological disorders and conditions can arise from sexual assault, many of which do involve attachment to the assailant – this is quite likely what happened to poor Aisha. There is no way a 9-year-old girl can knowledgeably consent to sex.

I just can’t. I just can’t even. No 9-year-old can know the implications of sex. Not to mention the fact that Muhammad, pigs be upon him, had sexually abused her in other ways before doing the actual deed. It’s most certainly rape when one party is unable to provide full, informed consent, which is exactly what happened. Muhammad raped a little girl, and el Ghouch tried to JUSTIFY his behavior instead of condemning it. That says all anyone needs to know about Islamic values.

I don’t think, based on her pro-rape posts, she has any right to call herself “healthy” or “normal.”