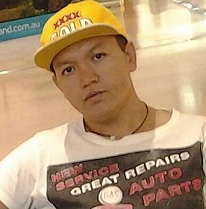 No one wants any of Omid Roshan’s “service.”

Afghan Muslim Omid Roshan, who arrived in Ausfailia as a “refugee,” was up to no good. Promoting the trope of the pervert who offers children a ride home, he approached a 9-year-old boy after a soccer match. The Muslim pressured the boy into getting into the backseat of his car. He drove the boy past his house before jumping into the backseat and molesting the boy.

“Bacha bazi” is an abhorrent cultural practice many Afghans and others in that region partake in. It normally involves dressing up little boys in feminine clothing and forcing them to dance before raping them. Despite the practitioners’ Islamic faith, most of them do not see it as haram (forbidden) in Islam because the boys are dressed up like girls, thus making it a bizarre “no homo” sort of situation. However, the fact that it is a form of extramarital intercourse should have them worried, as that is zina (fornication), but for whatever reason that concern is generally brushed under the rug.

Roshan, knowing bacha bazi was against the law in the civilized nation of Ausfailia, paid the terrified boy $10 and told him not to tell his parents. However, the visibly traumatized boy explained what had happened to his parents – and the police – when he got home. Roshan packed all of his belongings and began to drive to Sydney. He was arrested shortly after his arrival.

Speaking through an interpreter, Roshan denied all the charges against him, including rape, child abduction and three counts of committing an indecent act with a child. He had to use an interpreter in legal proceedings but had the conversational skills to lure a young boy and instruct him not to tell his parents… something seems fishy about that. Painting himself as an immigrant with little English in a pathetic attempt to win sympathy isn’t gonna work for this perv.