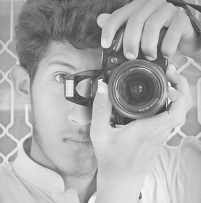 Pakistani Muslim Khizar bin Qasim clearly failed every science class he ever took. The jihad terror supporter and self-described “haxor” (internet slang for “hacker”) claims that Israelis are the offspring of porcine-canine intercourse. Actually, not just pig-on-dog sex, but gay pig-on-dog sex, saying Israelis are pigs and dogs. Needless to say, his attempt at an insult is about as logical as burning down small businesses in response to systemic police brutality. Take a look: 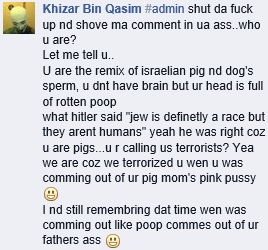 Once you’re finished laughing at the ridiculousness of offspring being produced by homosexual interspecies copulation, there’s some more serious anti-Semitism to examine. The fact that this Muslim openly dehumanizes Jews is disturbing enough, but claiming Hitler was right? Wow. That’s overt support of genocidal ideology. Then again, that is what Islam advocates against Jews, so it shouldn’t be that surprising. However, it’s not all that common to find Muslims who are willing to be so candid about their Jew-hatred.

As for the bit about vaginas and defecation – I really don’t know what he’s getting at, and I consider myself fluent in unintelligible Islamic foam.

Again, more dehumanizing of Jews and lewdness. It’s almost as if the Qur’an teaches Muslims this stuff… but surely that can’t be; Islam is a religion of peace and tolerance! 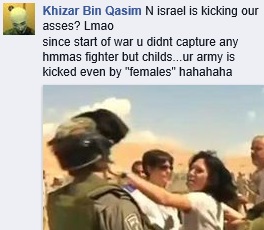 Actually, the Islamic State (ISIS) terror group are the ones getting their asses kicked by females (some Muslims believe it is a great shame to die at the hand of a female), which is nothing to be ashamed of unless you’re sexist. Needless to say, I suspect bin Qasim will be enjoying the company of his hand for quite some time.