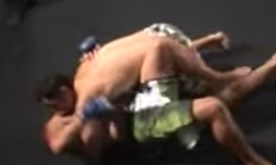 Everyone thought Kuwaiti-American Muslim Mohammad Youssef Abdulazeez was nice, normal, and funny. He was an aspiring mixed martial artist, and was known to skip prayers at times during his training. He was friendly with the kuffar and never showed signs of “radicalization” (read: actually following the commands of his prophet, pigs be upon him.)

Of course, Abdulazeez was a mujahid. Not getting enough (any?) is quite possibly what motivated him to go for 72 virgins. He shot up two military recruitment centers, killing 4 before being shot dead.

His high school yearbook quote, which he attributed to “Hijabman,” is oddly ominous: “My name causes national security alerts. What does yours do?” I wonder if he had any idea how terrible his actions would make his religion look, especially when coupled with his mocking of alleged Islamophobia.

The Islamic State (ISIS) terror group took credit for Abdulazeez’s jihad, posting on Twitter just minutes after the first shots rang out. It is unknown how long he had been in contact with ISIS members.

A blog believed to have been authored by Abdulazeez likens this world (dunya) to a prison. “Take your study guide, the Qur’an and Sunnah, with strength and faith, and be firm as you live your short life in this prison called Dunya,” he wrote. “Brothers and sisters don’t be fooled by your desires, this life is short and bitter and the opportunity to submit to Allah may pass you by… We ask Allah to be pleased with us, reward us with jannah, and we seek refuge from his anger and the punishment of the fire.” Abdulazeez’s words combined with his actions paint a very disturbing picture of the true nature of Islam.