Posted by Your Daily Muslim on July 30, 2015 in Clerics, Men, Saudi Arabia 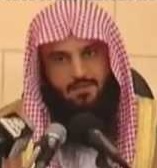 Today’s YDM is about a fatwa from Saudi sheikh Abdurrazaq bin TL;DR al-Badr. Let’s play a game: what normal thing does this fatwa condemn?

If you guessed smartphones, you’d be correct. al-Badr blames smartphones for an alleged decline in the amount of respect shown for the sanctity of the masjid (mosque.) He asserts that people spend their time in the masjid on their smartphones or telling jokes instead of bending over for an invisible sky-demon. “In the masjids, do not use speech and do not do actions, except those statements and actions which the masjid was built for,” he began. “The masjids were built for the prayer, recitation of the Qur’an, remembrance of Allah, to show gratitude to Allah, to praise him, for knowledge, studying, and reflection. Not for speech concerning worldly matters and relaxing telling jokes and vain speech; or this immense calamity which has appeared during this time—the smart phone—that which contains the calamities of the world!”

Yes, this bonafide troglodyte called smartphones an “immense calamity.” Never mind how much more efficient smartphones have made both professional and personal communication. But that doesn’t matter to al-Badr, whose priorities remain in the 7th century instead of the 21st. As for containing the calamities of the world, smartphones generally don’t have content including child rape, beheading, and sex slavery, unlike the Qur’an.

“It is to the extent that some [worshippers], immediately after they say the Salaam the second time to exit the prayer, they put their hand in their pocket and take out their devices. And this is proof that even during the obligatory prayer he was preoccupied with what is on his device. It is as though the prayer was holding him back.” Hello captain obvious. Maybe if Islam didn’t have such a vice-grip on its followers’ lives, they’d be able to spend their time doing what they actually wanted instead of playing along so they don’t get beheaded for apostasy.

The mad Muslim continued: “The masjids must be protected from the likes of these distractions and amusements. And these phones, and what they contain to include picture taking, and other evil matters; by Allah they have brought harms to the people.” Islam forbids the creation of many types of images, hence why some scholars view photography as haram (forbidden.) Even in the case of camera phones, photography is still sometimes frowned upon. But how have camera phones brought harm to the people? Sure, there’s always that one woman who clogs your newsfeed with Instagrammed pictures of her food, but that’s the extent of it. Being ugly and/or camera-shy is not a reason to decry camera phones as “harmful to the people.”

“Has our situation reached the extent, oh Islamic nation, where this abominable, reprehensible music is played in the houses of Allah?” al-Badr asked when discussing musical ringtones. Sure, Bitch Better Have My Money is every other person’s ringtone despite being incredibly annoying, but it’s not “abominable.”

al-Badr’s hatred of music became even more vehement: “Music on the cell phones is prohibited in every situation. It is prohibited in every situation; rather it is upon him to choose for his cell phone audios which are not musical. And this affair becomes more dangerous when these evil sounds are inside the houses of Allah the blessed and exalted.” Many Muslims view the majority of music as being haram. However, most sane people (both kafir and Muslim) recognize that music isn’t “dangerous.” If a deity doesn’t want music in its houses of worship, perhaps it’s best to pick a new deity.